I've waited almost FIVE YEARS to be able to show these NEVER-SEEN-BEFORE pages. Check out the first eight and compare them with the second. 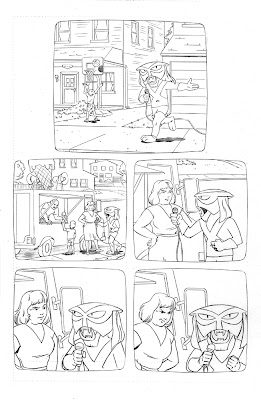 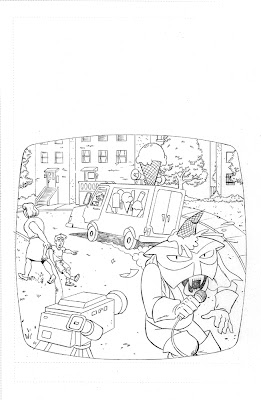 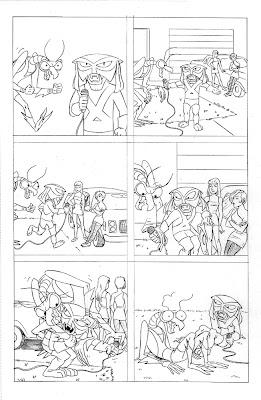 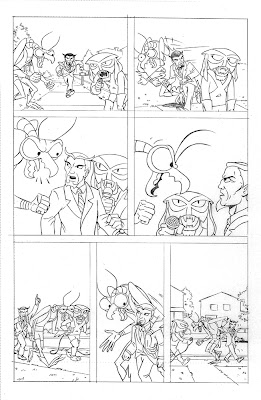 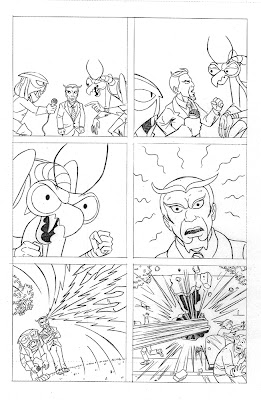 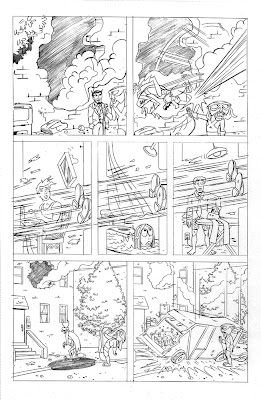 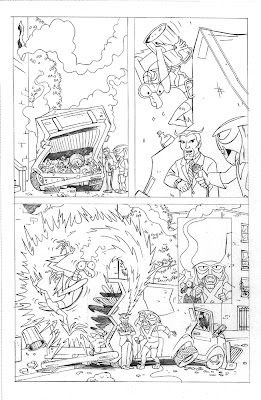 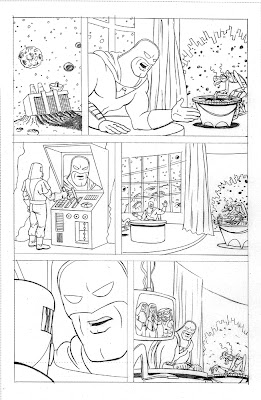 I pretty much started my career as an animation assistant on Space Ghost Coast To Coast. I had a few other freelance jobs before that, but it was my FIRST show. Years went by, and Cartoon Network had licensed the property to DC, and since I worked on the show from time to time, I had the fortune of helping create a handful of the dozen or so SGC2C books that were made. Some of the pages I drew were good, some were bad. I made a lot of mistakes at this time as I was still somewhat of a rookie, but I was learning a LOT from drawing each page and even more from pouring over every panel after receiving my copies of the finished book, taking note of what turned out right, and what turned out horribly wrong. In this case, the trouble turned out once again to be editorial changes coming down from CN. I've mentioned this subject before on my Illustration Blog, that sometimes you turn in your art and then someone up the chain of command decides to change the script! As a result, my eight pages above were completely mutilated in the final, printed book, mainly having most of the backgrounds erased away and replaced with big swaths of emptiness (this was NOT the fault of the bull-pen artist who made the changes, but lay more in the area of what the new BG's were ordered to be -- the interior of the SGC2C studio. This was an issue that kept coming up again and again. CN hated any story where good ole SG and crew were anywhere other than on the set, just like the show. This command may have kept advertising integrity, but it sure limited the creative scope of the books). Not being the most fantastic artist, I was relying on the gestalt of each panel. Once the BG's were taken away, it left imperfections in the characters all the more glaringly obvious. Luckily, I was in the habit of Xeroxing each penciled page before shipping off to DC. Below are the 6 inks I got back, while the last 2 went to the inker, so I've scanned the last 2 from the book. 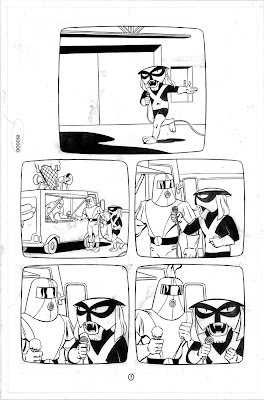 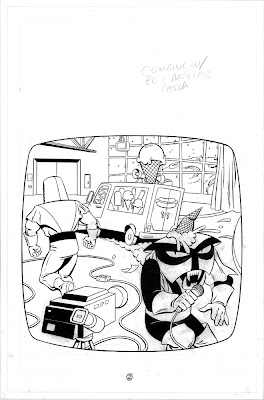 (Having changed the location AFTER the art was created resulted in some wanky-ness in the final, such as having and ice-cream truck INSIDE the studio...) 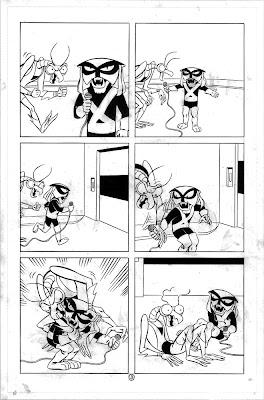 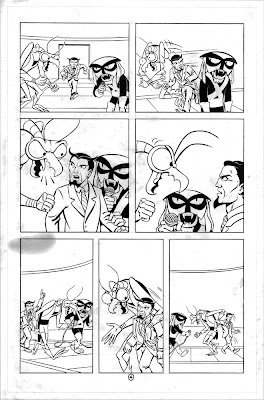 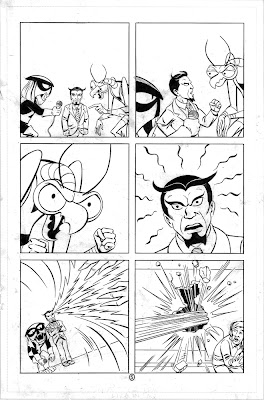 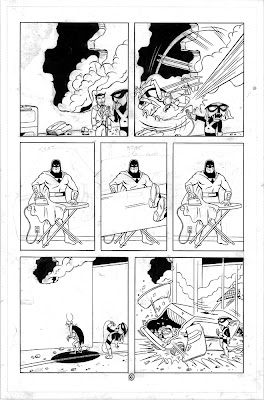 (and here, hastily converting a garbage truck into the above ice-cream truck even though the two look completely different. -oh the humanity!) 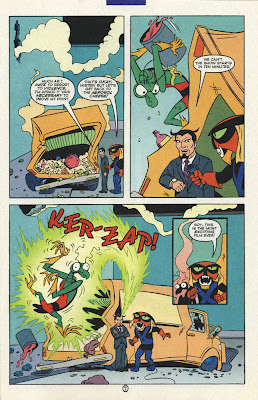 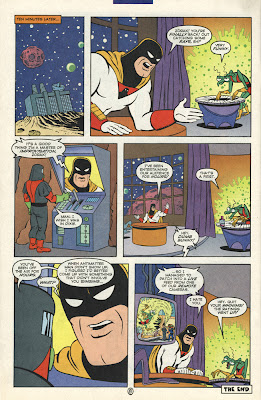 (Ah well, it was fun while it lasted!)