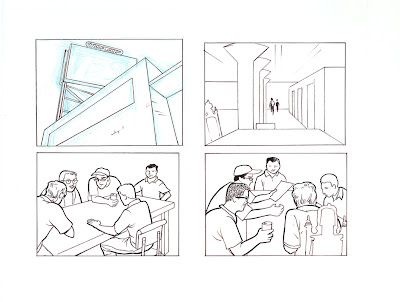 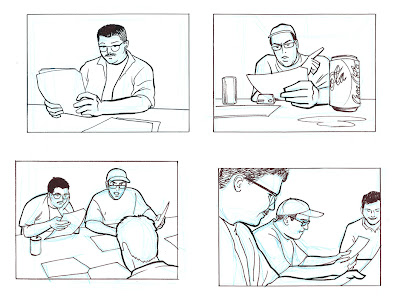 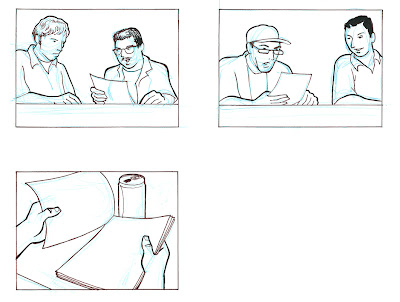 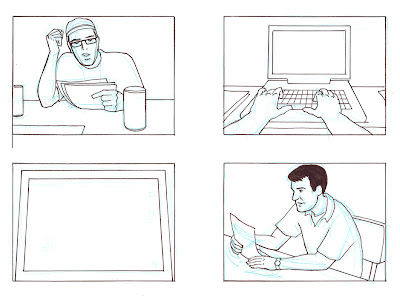 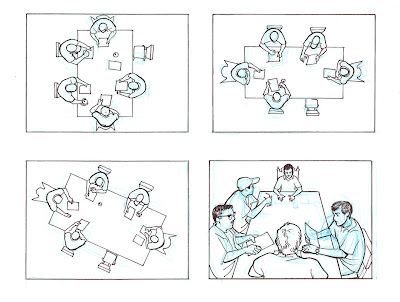 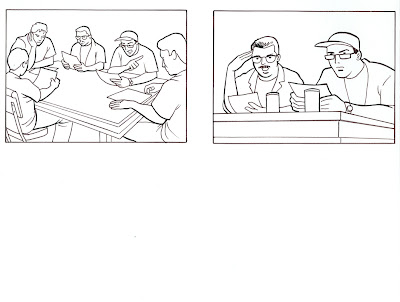 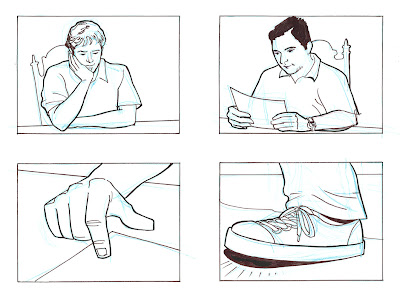 Sometime, back in 2000 (maybe even earlier...), I got a call from a freelance producer working for Toonami. He and the Toonami crew were doing a shoot of a Space Ghost Coast To Coast read-through over at Williams Street. I'm not sure what episode it was for, but I think they were going to air the read-through, and then air the episode. Well, they needed storyboards for the shoot, or for the editing of the shoot. He didn't need them in any particular order, something that could be done later. The funny thing for me, looking back on these boards, is that years later I was going to work pretty closely with most of the guys doing the reading, but at the time I didn't know them, except for Clay of course. If you are familiar with SGC2C, The Brak Show, and Aqua Teen Hunger Force, you might recognize this motley crew: Dave Willis, Matt Maiellaro, C. Martin Croker, George Lowe, and Jim Fortier. It was the only time I ever worked for Toonami.
Posted by Matthew I. Jenkins at 8:53 AM 6 comments: 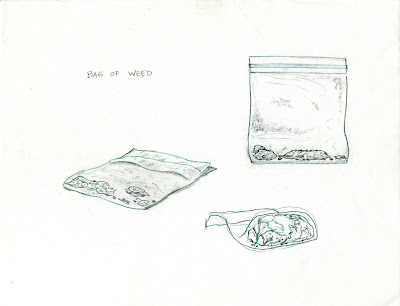 Found this the other day. I drew this prop for Aqua Teen Hunger Force episode 19, "Frat Aliens" (I think...). I remember thinking at the time, "I can't believe I'm getting paid to draw weed." Upon recollection, I believe they ended up painting the bag opaque white, so you couldn't see what was in it. Here's the un-edited, un-rated version!
Posted by Matthew I. Jenkins at 8:59 AM 3 comments: